Who is Jesus and what is his purpose?

Jesus Christ the same yesterday, and today, and for ever.

To those unfamiliar with Bible teaching about Jesus Christ the idea of someone being the same yesterday (meaning in times past), today, and forever may seem a rather strange concept.

Inevitably, we will want to know:
Who was Jesus? What was his purpose? Does his life have any relevance to mine?

The bible teaches us that Jesus was right at the heart of God’s Grand Plan for our world, even before the Creation process began. Right throughout the Old Testament we are taught that one day a saviour would appear. And when Jesus came he was declared to be the Son of God with power.

His purpose was to reveal the character of God by the way that he lived and cared for ordinary folk. His life was to be a “living sacrifice,” meaning he would pursue no worldly ambition, but rather was he totally dedicated to declaring the love of God to anyone who would listen. Ultimately, he was the “sacrificial lamb of God” who would obediently submit to the death upon a cross, so that ordinary men and women would have the hope of a quality of life far exceeding anything to be experienced in the present mortal state.

Interestingly, in his preaching to the people he never said that he came to die for their sins. But rather does he preach the Good News of the Gospel of the Kingdom of God. For those who recognise the “reality of their mortality” and who recognise they are powerless to deal with it in their own strength he offers the ultimate solution.

Despite the desperate nature of the problem, the solution is surprisingly simple. When we stop and reflect upon Jesus hanging on that cross let us remember that he died that we might live a more abundant life. We just have to acknowledge that fact and respond in the way God has appointed.

It’s about our belief and faith in what God has ordained through Jesus Christ. Through baptism we “pass from death to life” and into a state of grace.

So what is grace?

Well, it’s not complicated. In fact, it’s much simpler than we realise. How come? Because it’s not a matter of what we do or say that affects our salvation, it is all down to what God has already done for us. It is what He has done that allows us to be saved from sin and death. It is all about grace.

Yes, we do need to repent, be baptised and live a godly life, but it is grace that saves us. We are not required to produce a C.V. highlighting our remarkable achievements; or the sacrifices we are prepared to make, or the amount we will fast or pray.

We come as we are, recognising Jesus as our Saviour. Then rest in hope.

The writer to the Hebrews puts it this way: 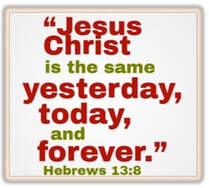 So, to go back to the heading of this piece:

The point of this small and well known verse is to offer assurance that the same Jesus who was able to save, and  whose work saved, through faith, even those which came before him, is able still to save us in these far off days:

So what is Jesus doing today?
It’s almost 2000 years since Jesus ascended into heaven, so we might wonder what he’s been doing all this time. Scripture tells us that he sits at the right hand of God, so we might assume he’s been relatively inactive.

He does, however, have certain roles to fulfil.

One of his roles is High Priest and Mediator; in other words he intercedes on behalf of believers. When we feel the need to seek either forgiveness or support he hears us and presents our petitions to God. If we are genuine in repentance we will be heard. Legitimate needs will be responded to.

It has to do with the sincerity of the petition and our faith that he hears us.

Another role is that he is controlling the nations. There is a day appointed when God will send Jesus back to rule over the nations. World events are being directed towards that appointed time, when the trials and tribulations will be eliminated and his glorious kingdom will be established.

Finally, the world and its peoples will be at rest. Students of the bible are convinced that that time is not far away.

During his ministry he advised his disciples that he would be leaving them at some point. During his time away he would be preparing a place for them in his kingdom. But he would return again. He is also calling out new disciples to the faith, and overseeing his church worldwide.

​Our saviour is very proactive indeed!