Does God care about our world? 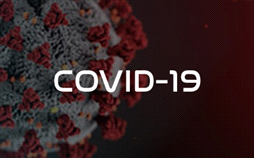 The world we live in is a difficult and dangerous place; or so it seems to many people. We have only to open a newspaper, or switch on the radio or TV to know that the world faces many problems.

Much of the world suffers from hunger. People in some countries die every day from starvation, whilst other countries throw away surplus food, and their citizens suffer from obesity.

Violence is endemic, on a national and international scale. Our inner cities are ‘no go’ areas for many people. To walk down a city street, in some places, is to risk being mugged, or worse.

Terrorism is a growing problem. Fanatical men and women, willing to die for their cause, seek to hold nations to ransom. Wars rage in many countries, which claim the lives of innocent men, women and children.

Now on top of all this we have a global pandemic which has claimed thousands of lives with, at the time of writing, no guaranteed cure or vaccine. Against such a background, is it any wonder that many people, either do not believe in God, or think that if he ever existed at all, he must now be dead! Or, that if he still exists, he has washed his hands of his creation, and cares nothing for the human race. students of the Bible, Christadelphians firmly believe that, far from having washed his hands of the world, God is still very much in control, and that the dire situations described above were foretold long ago; indeed they confirm that God has a plan and purpose with this earth, which is nearing its fruition.
​Read more here >>>

Does God care about me?

We live in very uncertain times. We can never be sure what may happen next or when. There could be a terror attack, earthquake or another disease/virus, to name just a few. Quite often, we never see these things coming and there is very little we can do about them. The impact is instant and often destructive.

Many of these problems are man-made and it seems that mankind has its own agenda, fuelled by fame, greed, power and the way these impact the world.

Yet God has promised that He will bring peace and tranquillity to the Earth.
​
It is often difficult to have a positive outlook on life when we are surrounded with so many problems. But let’s not be absorbed by these ‘bad news’ events. There is hope and the promise of a better future to look forward to. One of the best known verses in the Bible is:
​A simple statement, but a clear, positive and powerful one. The focus is on one word, ‘believe’. “Believe” what? You may ask and rightly so.
Firstly, believe that the Earth is God’s, He created it and sustains it.

Secondly, that He has a plan for this Earth, which includes all those who accept Him.

Thirdly, that His son, Jesus Christ, came into the world to tell mankind about God’s purpose and plan for the World and by giving up his life, opened the doors for anyone to be part of that plan.

Last, but not least, to believe that God will bring His promised Kingdom to the Earth as preached by Jesus. At this time, everything ‘bad’ will be stopped and the Earth will be ‘full of His Glory’. Trust Him, it will happen.
​
To share in this hope, take a Bible, read it and learn of God’s ultimate plan that you too can be part of. This does not solve today’s problems, although it may help us to cope with them, and gives us a vision of the Kingdom to come. Certainly, something to look forward to. So believe in God’s message of hope and salvation.
Here are some words that Jesus spoke to His Disciples to give them hope:
Here are some Bible references for you to look at. They help to explain these things: