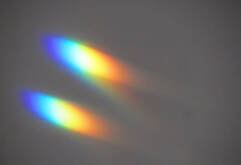 The questions for 2021: Will COVID-19 be eradicated or will it mutate to a new and more deadly strain? Will the moral and political collapse of America and the UK see a rise in Russia and China on the world’s stage? Will Iran and Israel go to war? Will the climate crisis go past the tipping point and lead to the destruction of the environment and the natural world?

These are all questions that millions of people around the world will be asking as 2020 turns into 2021. Now perhaps more than ever before the world wonders what the future will hold!

However, we do not need to wonder, because actually we’ve been told what the future holds. The Bibles Gospel message and the promise of God’s Kingdom on the earth, is not the hopeful words of a visionary—they are the promises of God and his son Jesus Christ.
The destiny of the world is in God’s hands, and it is expressed in a sentence by another prophet:
​God's Kingdom will be established on the earth, but it will be the work of God, not us.
These Old Testament prophecies, from the first part of the Bible, deal with events before the birth of Christ. But the New Testament prophecies continue the same theme—notably a prophecy of Jesus himself. The Mount Olivet prophecy ends with a personal warning.
The return of Christ will be an event which shakes the earth to its core, along with all its inhabitants. It demands preparation.
So, as we enter 2021 with all of the difficulties that the people of the world are facing, let’s not fall in to the trap of thinking “it will be better next year”, sadly we know that things will get worse before they get better. So, we need to remember the words of our Lord Jesus Christ when he says:
​(All Bible quotations are from the NIV version)