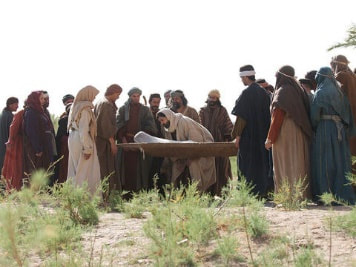 The Lord Jesus commenced His ministry when he was 30 years old and there was a lot of debate as to who he really was. This continued throughout his ministry as people listened to him and saw what he did and those lives that had been touched by him.

When He asked his disciples “Who do the crowds say I am?” There was a varied answer, not precise, but along the same lines “Some say John the Baptist; others say Elijah; and still others, that one of the prophets of long ago has come back to life.” So what made them think of this, where did their perception come from?
He then asked His disciples the same question, the answer this time, given by Peter was very different, “God’s Messiah.”

This is typical of life, the closer you become to someone, the better you know them and what they are all about. The peoples’ collective views as to who they thought He might be, arose just after He had fed the five thousand people in Luke chapter 9. So, we are talking about a lot of people. Just previous to this, Jesus was in Nain (Luke 7:11-17) and on that occasion we are told that “a large crowd went along with him” Whilst there, he raised a widows son from the dead, many were privileged to experience such a miracle.
(Photo: Contributed by LUMO project) 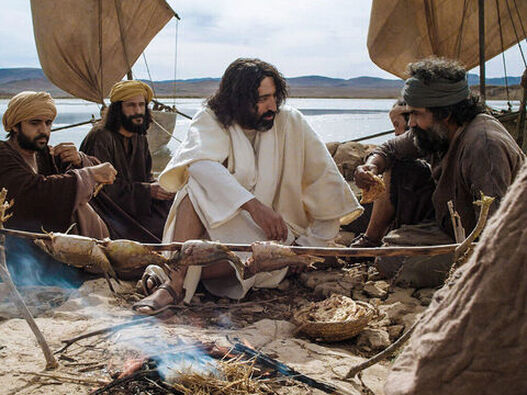 This, as you can imagine, was big news and spread far and wide. We are told “They were all filled with awe and praised God. “A great prophet has appeared among us,” they said. “God has come to help his people.”  This news about Jesus spread throughout Judea and the surrounding country.
So based on this experience, you can now understand how the peoples’ perception developed of who Jesus might be. Because they knew the Old Testament scriptures, they were aware that the prophets Elijah and Elisha had raised people from the dead (see 1 Kings 17 & 2 Kings 4 respectively).

Returning to the disciples answer, this is somewhat more precise “The Christ of God” this means anointed of God, the Messiah. Quite a different perception, how did Peter arrive at this?
Firstly, it should be noted that the Old Testament scriptures speak of someone who God would send to bring salvation to the earth. See how this plays out in John chapter 1.
(Photo: Contributed by LUMO project)
When Jesus commenced his ministry, the first thing he did was to be baptized, so he comes to John the Baptist to undergo this. When John sees Jesus coming, look at what he says - “Look, the Lamb of God, who takes away the sin of the world” (v29). Jesus is then baptised and the spirit of God descends on him. The next day, Jesus returns to John and this time he says to those with him” “Look, the Lamb of God” but on this occasion, he omits the last part. However, this was for the benefit of those who were with him, two men who later became disciples of Jesus. This pronouncement struck a chord with them, so they follow Him. Jesus seeing them following, turns and asks them what they want. They respond, firstly, by calling him ‘Rabbi’ which means Master or Teacher. They knew he was someone special and may have seen and heard him teaching in the temple. Their intention was to see what this man was all about and wanted to know more about him, so they go to his home and spend time with him.
We don’t know what was said and what they experienced, but it must have been special. One of them was Andrew and he goes to Peter his brother and declares that ‘We have found the Messiah” (that is, the Christ). What a statement, how special was this. Peter meets Jesus and this introduction stuck with him throughout his life and he never doubted who or what Jesus was. This is demonstrated in his response (as above) when Jesus asks him and his fellow disciples “who do you say that I am” and it was Peter who immediately answered that question.
So it continues in John 1 as Jesus is introduced to others:
Philip to Nathanael – “We have found the one Moses wrote about in the Law, and about whom the prophets also wrote—Jesus of Nazareth, the son of Joseph.”
Nathanael – “Rabbi, you are the Son of God; you are the king of Israel.”
What perception. Many people who Jesus came in touch with saw and experienced that he was a special man, He cared about others and was the proclaimer of good news and in so doing, touched many people’s lives. Even at his death, the Centurion and his soldiers that were watching him, were affected by these events proclaimed “Surely he was the Son of God!” (Matthew 27:54).
There is another title that was bestowed upon Jesus, It was spoken by John the Baptist as mentioned above in John 1 - “Look, the Lamb of God, who takes away the sin of the world” (v29). A title in full, which could only be used in its fulfilment following Jesus’ death.
The only time he is called ‘Saviour’ was at His birth, when the Angels appeared to the Shepherds in Luke 2:11 “For unto you is born this day in the city of David a Saviour, which is Christ the Lord.”
So who is Jesus – The Saviour of the world, who took away the sin of the world. The Messiah and the coming King.

(Photo: Contributed by LUMO project)
All references are from the New International Version of the Bible’